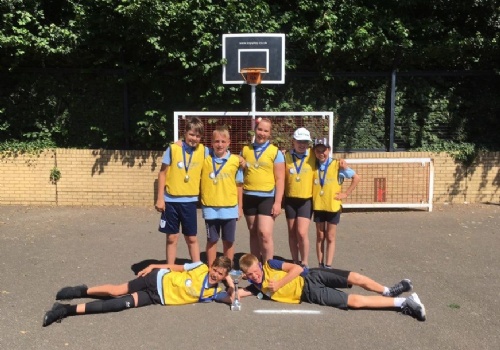 On Monday 2nd July 2018, 7 pupils from Year 5 took part in the TTLT Mixed Basketball Tournament. They were involved in a number of exciting matches, where they showed outstanding attacking and defending skills. The group worked well as a team and showed great sportsmanship. They were declared the winners after winning 3 out of 4 games.   Well done too all involved!